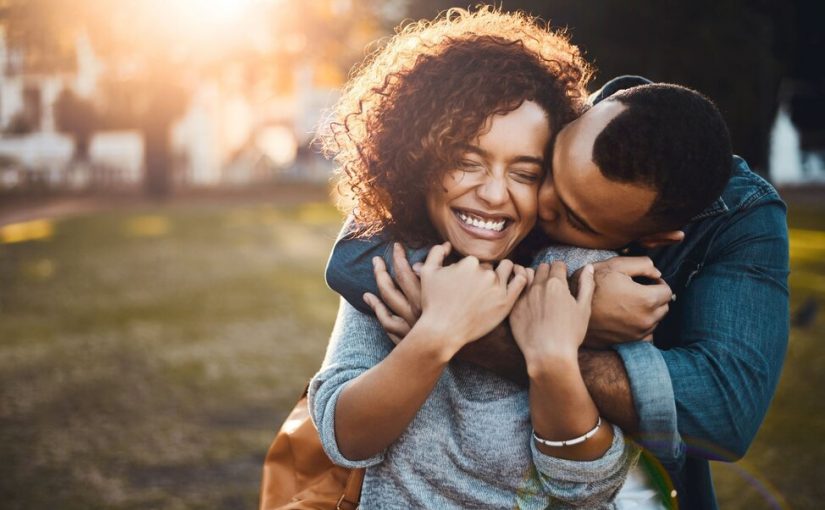 Men usually use the service of an escort girl when traveling or to fulfill their fantasies. But, more and more men are doing it because of a need for emotional closeness. One of the factors leading to this state of affairs is loneliness. When men are abandoned by their partners, they go to prostitutes to seek a bit of sexual pleasure. When their families and friends are not there to support them, the company of the prostitute comforts them, and they feel free to express themselves with them. However, feelings towards the escort girl can arise from her exchanges.

Why not fall in love with an escort girl?

There is a famous saying that emotions don’t mix with business. Using a sex worker, primarily through prostitution sites, you agree to receive sexual pleasure in exchange for a certain amount of money. It would be wiser not to bring up the feelings because either way, she’ll forget about you and your entire existence after the session. If you book a sexy escort girl from Escort Girls NRW in Dusseldorf, don’t fall in love with her!

We do not condemn those who wish to prolong the pleasure by spending time with the prostitute after having fun in bed. It is essential to keep things in perspective without necessarily involving feelings. Everyone who crossed that line regretted it. Either way, the majority of prostitutes stick to the primary function of sexually satisfying for money. They open less to romantic relationships with rose water.

Getting into a romantic relationship with a prostitute is not a very good idea. This will mean in practice that you stop paying for sex, which was the primary reason for your meeting with the escort girl. You will not be able to be sure that you will get there without any problems. Get out of your mind that it is possible to leave a business relationship based on exchanging pleasure for money for an emotional one where sex is free. Face the truth and realize that you are not Richard Gere and her Julia Roberts.

To fall in love with a prostitute is a terrible idea. You don’t risk building a real, lasting relationship with her. Just indulge your desires and move on. If, however, feelings arise in you for a prostitute, follow our advice to regain control of the situation.

How not to fall in love with an escort girl?

A man spends a certain amount of money to have a woman, in this case, an escort girl, in his bed. At the time of the act, the excitement is at its peak, and the desire is great. Once the fruit is consumed, the man finds himself in a delicate posture which prompts him to take the prostitute for a goddess. However, lust and feelings are not to be mixed.

When you notice that you are starting to harbor feelings for a prostitute, calm down and do a little checkup. Imagine yourself in a real relationship with all that that entails. Outings to restaurants, to the cinema, to public places and even live together. All this must be taken into account when choosing your partner. Now ask yourself if you are ready to fully assume a severe relationship with the prostitute or just a physical attraction.

In most cases, physical attraction is due to the intense pleasure felt during the act with the sex worker. This state of affairs is quite normal. But, you have to be able to distinguish between sexual satisfaction and feelings. Falling in love with the sex worker would be like falling in love with a chef because the meal he served left you helpless. Both were doing their job. We must therefore be able to separate feeling and sexual interest. Love bases on values that you share, mutual respect, and shared interests. If it’s not that, back out! It is not a good idea to talk about love, but rather about lust.

Also, keep in mind that prostitution is illegal and puts you at significant risk by going through a prostitute. It’s more reasonable to use the services of Escort Girls NRW or have sex with a woman for free and without risk!

The moment to breathe 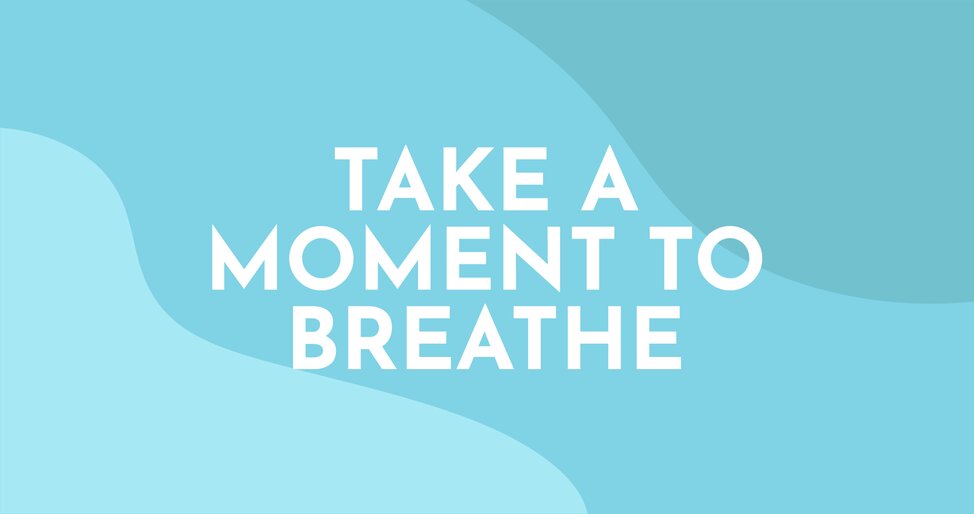 Falling in love with an escort girl can happen when you have sex with someone. One thing not to do at this time is to take the time to confirm if they are romantic feelings. Don’t try to ensure! Walk away and change your playmate.

Time will help you heal your emerging feelings. One trick would be to replace her with a much more expensive whore; in this way, the quality of the service will quickly make you forget the previous one. With cash, you will buy yourself pleasure from other more attractive women. Having a good time with another hooker is the surest way to forget the one affecting you beyond the physical. You will quickly get back on your feet. Try out several different girls, and you will only have vague memories of the prostitute.

Understanding this “love” towards the prostitute

During the act, your sexual partner may seem very fond of you. She will tell you how much you make her tremble as her body vibrates under the orgasms you give her. She will even tell you that you are her best shot. But don’t be fooled by the deception because it only plays its role. It’s her job to make you feel loved, but in reality, she doesn’t love you more than she did before you met.

If you understand this and your heart accepts it, you will be able to spend all your time with an escort girl without being afraid. She doesn’t make you happy because she loves you, but because it’s her job, she gets paid to do it well.

The most seasoned prostitutes easily deceive customers by creating an atmosphere of love and care. If you find yourself trapped inside, you will have that sweet feeling of being the most important man in the eyes of the prostitute or the only one who capsizes her heart. In this atmosphere, you can easily fall in love with the prostitute.

Unlike you, she will have forgotten you as soon as you walk through the door and even before the next customer arrives. The scenario will repeat itself with the latter, and in the evening, after a long day of work, she will warm up all alone in her bed without the slightest thought for you.

“I fell in love with an escort”

So, if the tips below didn’t truly touch you, we have further a story of a man who has been in this situation. Maybe you can learn something from his happening.

At 48, when I thought that my beautiful armor now protected me from life, I fell in love with a fake woman, who deceived me and hid me to the end of being an escort. I have decided to write this blog because I want to tell women that men are not all the same and not all scoundrels, insensitive and cynical. There are also men like me who suffer for love from heartless and lying women.

I don’t think I’m so naive that I missed the signals if she gave them to me. But believe me, I could not have known in any way. She is an ordinary woman, older than me, a beautiful woman but not flashy at all.

I, for my part, have been through a lot so far: I went through a complicated separation, I have two small children, a job that takes me a lot. In short, I’m not the first hair; I’m not a kid who lets himself be teased by the mature woman. Yet, I fell for it. I always told her: “Look, I’m not looking for sex, I want a real relationship. I am looking for love, a person with whom to share emotions and experiences. Don’t deceive me”.

She told me that she couldn’t afford a relationship because of her job, which often takes her abroad. And I had accepted it. I got with the hope that maybe, over time, things would change. She never told me she loved me, but I felt it. There are those people who are unable to express their feelings, I told myself.

And she will be one of them. I can’t think that the sensations we felt together were only physical to her. I do not believe it. I don’t think she was clever enough to fake it all. When I caressed her, I felt I was touching her soul. Don’t laugh, don’t give me the baby, the idiot. But I thought she was pure, defenseless, a heart to protect. Could it be that she was so wrong?

Why did she wait for me to fall in love?

I do not know. But she could tell me first. Why did she wait for me to fall in love? Why did she let me let go of my resistance to stab myself? I just wanted clarity and sincerity. It was enough to talk, and I would have disappeared sooner. She, on the other hand, was not even able to tell me to my face: she said to me from behind, turned in bed, after making love.

I am dead inside. I was unable to say anything. I left and left it there, then in the car, I screamed like a madman. But how, I ask you, how can you make fun of a man who seeks only love? You women complain that you only meet men who are willing to have sex, that it is challenging to build a relationship based on respect and trust.

But sorry, there is a lot of talk about femicide, but you women also kill us in this way. I think that only you are capable of deceiving in this way, of being so devious and treacherous, of coldly using such mental finesse to conceal reality. We men, no, we can’t do it. We hurt you too, we hurt each other, but this coldness, this cold and aseptic planning, I’ve never seen in a man.

Love given to the highest bidder 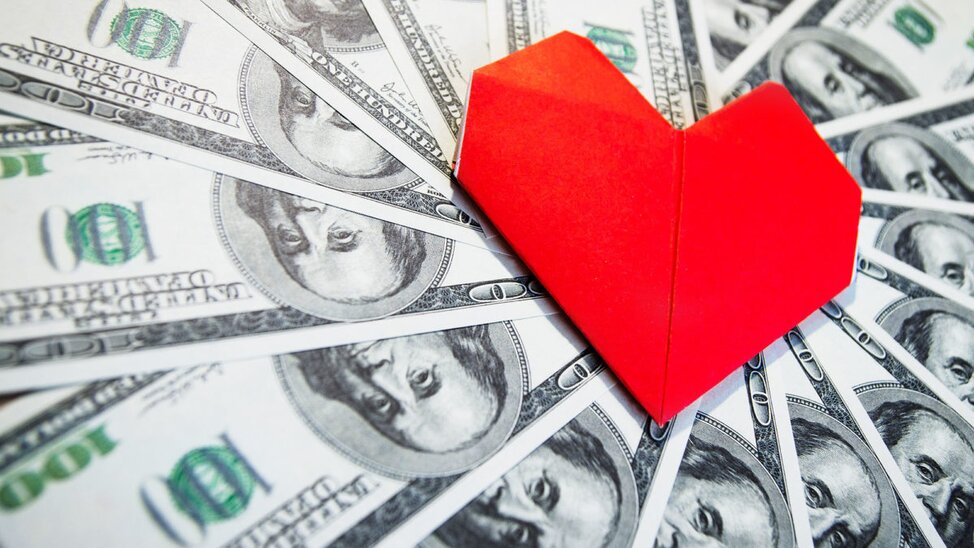 For me, too, “when you give love to the highest bidder, there can be no trust, and without trust, there is no love.” In short, the idea that while she is not with me is in the arms of other men drives me crazy. I am not ready to accept this. And indeed, she would not be willing to leave her “activity” of hers, which from what I can now understand, she does by pure choice, without being forced by anyone.

The only consolation is that, after a day spent with others, to be with me in the evening, she had to want to. So she wanted me to be good; there was a feeling, after all. But I feel betrayed as never before, worse perhaps than in a “normal” story because she played dirty from the start.

Now I’m going to the psychologist. My fault was letting go too much, believing in this relationship because that was what I was looking for. And I’ve seen it even where it wasn’t there. I will work on this. But I don’t know if I’ll be able to trust you, women, again. And I don’t know, in the future, what to tell my children about you women.

We hope that this blog opened your eyes and made you realize that you should never fall in love with an escort girl. The story you have read below is genuinely horrifying. Let’s hope you, men, learn something from this guy’s story, and be careful who you fall in love with. Always try to get to know the person first and be honest with each other. That’s the key. Also, don’t be too shy to ask her about her job, if she wants something with you, she will tell you without hesitation.