Unrequited feelings. If he’s still attached to his ex 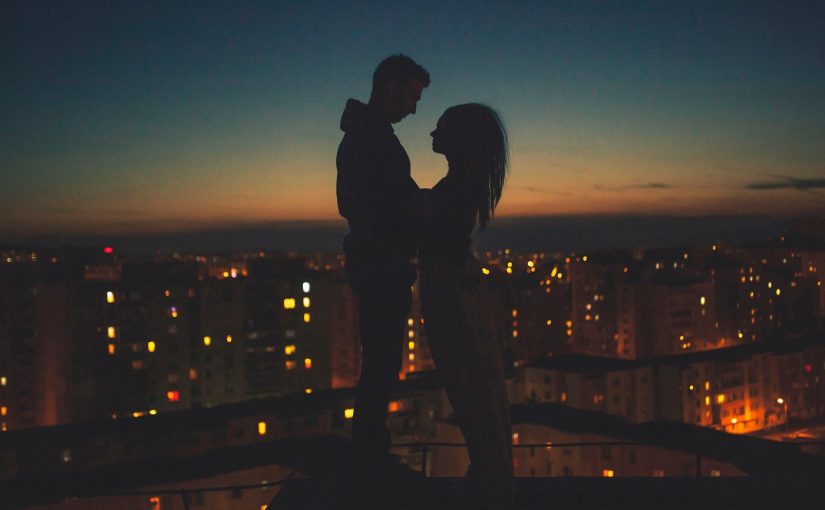 Your perfume smells. This scent has been in my nose for half a year. I would recognize that smell anytime, anywhere, on any crowded street. As if you had set your scent label. I lie in your arms and smell you, and I like it; I want you. On command, my chest presses again. Fear comes over me, and I wonder if all this is a good idea. This fear is insidious, restless and oppressive. Doubts arise that weren’t there seconds ago. Continue reading this blog on Escort Girls NRW. 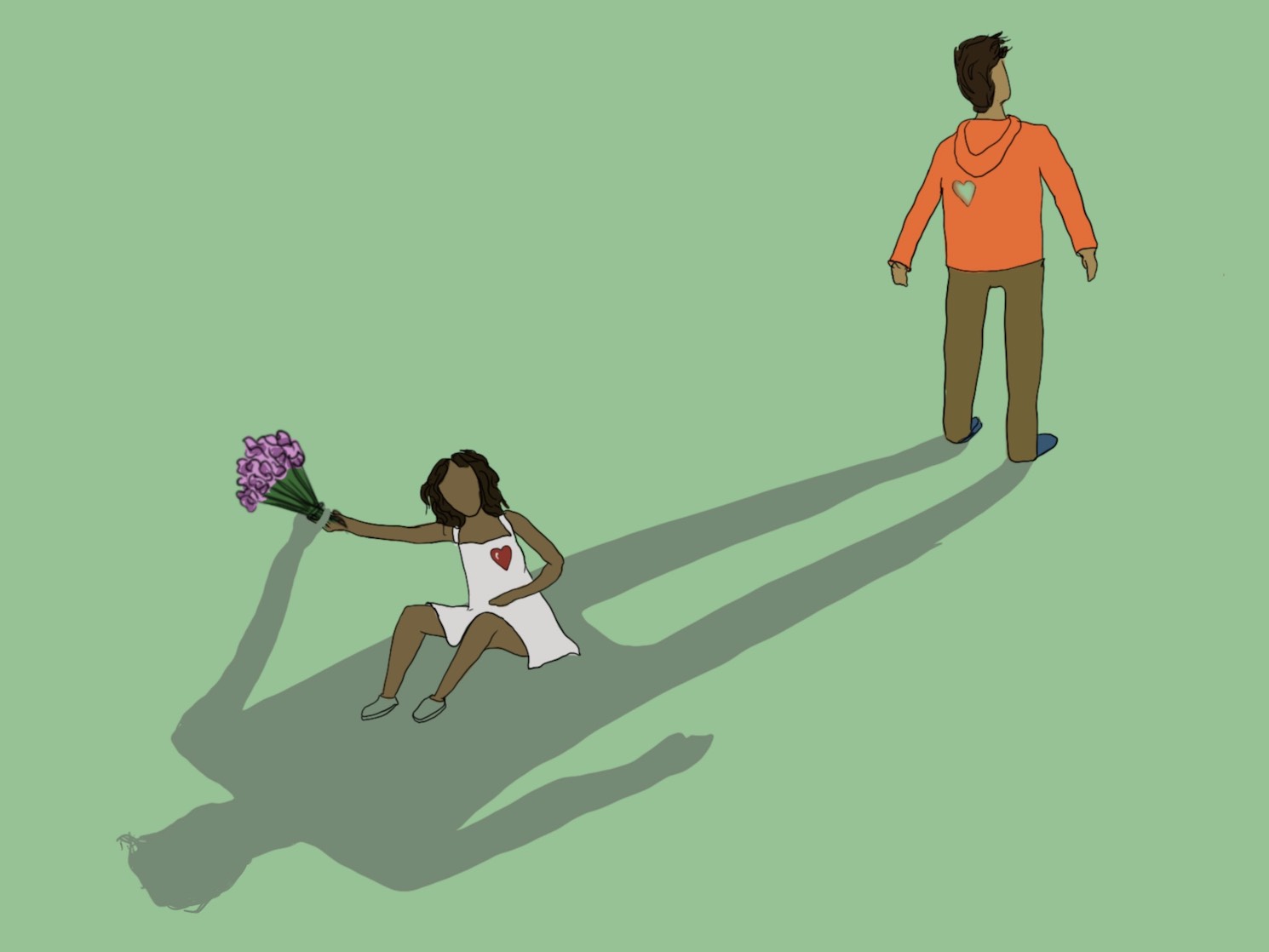 It could be so simple if it weren’t so complicated.

My fear of being unlovable paralyzes me. I’ve made up my mind so many times to tell you how I’m feeling, so I’ve reenacted the conversation in my dreams. Still, each time I hide behind a facade – a facade that I’ve taken a long time to build and which can be sustained with the correct pressure from you would quickly stutter. But you don’t even know they exist—what a dilemma. Maybe things would be different if I was braver because love takes courage. You can only expect love if you give love. And yet I’m too cowardly to provide you with these. I’m afraid to ask you for this one chance that might change everything. I’m so scared of being vulnerable. So I don’t.

I forget the reason and imagine a future with you for a little moment.

I snuggle up, and you pull me closer to you. It feels so perfect, And for a little moment, I forget reason and imagine a future with you, my perfect girl. A small voice inside me, a whisper, a whisper – I can’t place it. But I hear the voice saying, “Take courage, little one.” And as quickly as it came, it was drowned out by my fear. The fear of your rejection. The fear that you don’t want me. Afraid that I’m too complicated for you. Just fear.

So I hug your chest tighter and feel your hand caress my back. You don’t know how you make me feel. You don’t see the struggle I fight with myself when with you. And sometime between overthinking and longing, I fall asleep. I cling to you, you to another. Your kiss on the cheek wakes me up. Your radiance and good mood in the morning make even me smile as a morning grouch. And in these moments, I imagine the next 30 years of our shared future.

The coffee you make me and the breakfast you get from the bakery next door – you don’t just do that because you’re nice. “What are you doing tonight?” you ask me while handing me a coffee. “The girls are coming today, and you?” I answer. Your eyes avoid me, and that crooked smile that always takes my breath away comes out. “I have a dinner date with Melissa,” you say.

I want to go Just away

I forgot about her for a little moment. For a little moment, it was just you and me. “Let’s talk about us again…” you add. As if that were enough of an explanation. I’m not mad. I am disappointed if I’m frank with myself. Then I remember the pain in my chest tonight. It’s the same one spreading through me right now. I want to go Just away. “Will you come over later when your girls are gone?” he asks me as I pack my things. “Let’s just write,” I murmur to myself. “I’d be happy.” He looks out the window.

And I’m wondering, as I close the door behind me, I’m wondering – are you glad I’m with you or can’t be alone? Is it me you want, or do you want me because you can’t have her? It might not be easy, even if it were straightforward – because you still love your ex. Farewell to a future together: When he leaves the country, even though you feel so much for him. Robbie Williams’ “Angels” plays. The song signals to the last remaining people celebrating that this evening will be over in the next four minutes. But not for us. I’ve been sitting on the couch for a few more songs, drinking my last beer, watching people say goodbye and head home.

He is visibly touched by the kind words and the many people he would not see together soon. But I’m almost mad at these people who act so sad. Sentences like “I’ll visit you abroad!” or “Be sure to get in touch when you’re here again” seem like empty shells. Sentences that are half meant seriously, but the other half are only said because it feels good. Not like a total goodbye. A farewell with limitations.

He’s always said that he doesn’t feel tied to Germany. That he always knew that one day he would live abroad.

These people didn’t cry like I did when I first heard he was going abroad for his Master’s. I was on a video conference at the time, a friend texted me the news, and I turned off the video so no one would see my eyes fill with tears. Tears of disappointment because I found out about it from a friend and not from him. Bummer because I knew he wouldn’t get in touch with me abroad either. Because he’s not like that. For him, this is a new phase, a part of his life that he will devote himself to.

I tear of anger because I was upset by this news. Anger because this information wasn’t all that new to me. He’s always said that he doesn’t feel tied to Germany. That he always knew that one day he would live abroad. And when his father moved to Spain, it should have been clear to me. He feels very constrained here, and life’s expectations are overwhelming. Our ideas about life are so different, and yet I had always believed that one day we would be able to find each other until the moment I knew he was going to move away.

Let’s pretend for one night.

Our story is so long that we already felt something for each other at sixteen, but we could neither show nor formulate it. After being abroad for a few months, the situation was similar. And even when we found out that we had wanted something from each other at those two points in time without knowing it from each other, we couldn’t deny our affection for each other. But at the time, he was in a relationship. And his girlfriend lived abroad.

A few months later, the time wasn’t right, or something else wasn’t right, I don’t know. Some time ago, a friend asked me in the car: “When are you guys finally getting together?” I now knew the answer. Tears of sadness because I lost a good friend. Sadness because it didn’t matter how many contacts we had or how much we knew about each other’s lives; when we saw each other, we understood each other without words and were almost like magnets that were just attracted to each other.

When we saw each other, we understood each other without words and were almost like magnets attracted to each other.

I was sad because now I wouldn’t find out if it would have worked between us. This uncertainty would remain. When I think back to our time, tears almost come to my eyes again. No, not today, not now. “Tomorrow, when he’s on the plane, you can cry,” I tell myself. I get up, go to the others and together, we rock arm in arm to the rhythm of the last seconds of the song. We’ll quickly tidy up together, and then the last guests will leave. I stand a little apart and wait, almost as if it was my farewell party. The door slams shut, and he turns and looks into my eyes. He runs his hand through his long blond hair, grabs his leather jacket and holds out his hand to me. “Come,” he says. Tonight we would pretend we finally found each other.

In Search of Drama: Do I Have to Shed Old Patterns to Improve the Quality of My Relationships?

There are no “right” or “wrong” relationships—but there are changes in the type and quality of relationships one has throughout life. This has become clearer to me in my relationship life and in the exchange with friends who like to philosophize about interpersonal issues just as much as I do at night or just on the phone. It remains to be seen whether this applies to everyone – but I have often experienced and observed it. Of course, you are not and will not stay the same person, which I now often find comforting.

Perhaps the question is whether we can build a complete and diverse wardrobe. And don’t forcefully unpick the sweater again. So selection is the keyword here, and of course, choosing something also has to do with self-determination and “Yeah, I can do it, and I’ll do it”.

Intensity and drama in relationships

In some relationships – or attempts at relationships – self-determination was precisely what I was missing. It didn’t feel like a free choice and conscious decision, but more like “I’m in it now”.

And what I was in there was often similar: Total intensity, arguments, again and again, this very urgent feeling that it has to be now and at the same time the question: But can you have a relationship like this, with these ambivalences? Somehow also pure drama! And surprise: It wasn’t possible to have such a relationship in the long run – but then I usually realized that faster than my counterpart, and so the separation also became an – after all, then self-determined – act of perseverance, significant pain and longing after…after what actually? After that strong, intense feeling that arises when you long for something, don’t get something, only dream it and can only taste it a little bit.

That you voluntarily go into this storm, fight out all the battles, think back and forth, weigh up all the thoughts, and make it extra tiring!

Looking back, I still remember how bad it was for me. And at the same time, I realized that these relationships blocked my view. So much came from outside – and by that, I don’t mean society or adverse circumstances, but, as a friend of mine aptly describes it: “upstream” conflicts, upfront drama. So much of it that nothing can come to rest, and both can be stable for and with themselves – to then decide on a relationship together.

I find this thought interesting: you voluntarily – and yes, it was also excellent, the whole intense thing – go into this storm, fight all the battles, think back and forth, weigh them up, and it seems to be extra exhausting might! But maybe it has to be like that. So that you can get through it, go through the heroine’s journey a bit. And then where to go? Yes, that’s the crux of the matter.

Whoever thought that all the struggles of the past would lead you to the “mature” (whatever that means, kids would probably translate it as “boring”) – and here we come again: “proper” relationship, well, die: unfortunately he cut himself.

There will probably always be arguments and conflicts, whether loudly or quietly inside. But from a specific point in time – and after some painful experiences – I felt a different quality. It was relatively quiet and then spread. And from the inside out.